You are here: Home > Gastroenterology

Our providers at the CHWC Gastroenterology Clinic treat the full range of gastrointestinal issues with attention and respect. Conditions treated at the clinic include:

…and other gastrointestinal conditions.

Board Certification: American Board of Internal Medicine 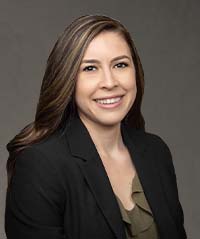 What is a Gastroenterologist?

Gastroenterology is the study of disorders that affect the esophagus, stomach, small intestine, large intestine (colon), rectum, liver, gallbladder and pancreas. This broad area requires a gastroenterologist to have an in-depth understanding of all functions of the digestive system.

At the Gastroenterology Clinic at Bryan Hospital and Archbold Medical Center, we treat people who are suffering from a variety of gastrointestinal issues.

Gastroenterologists specialize in the evaluation, diagnosis, management and treatment of the following conditions:

Anemia is a condition that impacts the body’s ability to create healthy red blood cells. The red blood cells are responsible for carrying oxygen to the various tissues and organs throughout the body. Anemia can be temporary or permanent depending on the specific type of anemia diagnosed.

Biliary disease impacts the gallbladder and other systems in the body responsible for producing and moving bile throughout the body. Bile is necessary to help break down fatty substances. An early indicator of a serious biliary disease is an infection of the bile ducts or organs.

Considered a disease of the immune system, celiac disease occurs when a person is intolerant of gluten. This disease impacts the small intestine, slowly damaging the tissue over time. Early symptoms of the disease include gas, diarrhea, fatigue, or inflammation after eating foods that contain gluten.

This disease causes the digestive track to become inflamed. This can lead to severe diarrhea, weight loss, and abdominal pain. It is believed Crohn’s Disease is an autoimmune disease where the body reacts negatively toward naturally occurring bacteria in the digestive system.

The gallbladder is located under the liver and is responsible for producing bile to help the body digest fatty substances. Gallbladder disease can refer to an infection, inflammation, a blockage, or gallbladder stones.

This a generic term that usually refers to two different inflammatory diseases in the bowl, either Crohn’s Disease or Ulcerative Colitis. This blanket term refers to the general inflammation of the systems and tissues that make up the digestive track.

Unlike inflammatory bowel disease, IBS usually does not cause lesions or ulcers to form within the digestive track. IBS typically only involves the colon, where IBD can involve the intestines too.

The liver is a vital organ in the body responsible for working as a filter to eliminate fatty substances. There are several diseases that can impact the liver including infection, inflammation, and hepatitis.

Malabsorption occurs when a person is unable to absorb certain nutrients and minerals from food. This can impact the way the body functions and may require additives to supplement the lack of mineral absorption. Common malabsorption conditions include celiac disease and lactose intolerance.

This inflammatory bowel disease is a condition that typically impacts the inner most lining of the large intestine and colon. It causes ulcers and lesions to form on the lining of the intestines.

In addition to digestive health treatments, gastroenterologists perform colorectal cancer screenings. Gastroenterologists are trained in endoscopy, the use of a tube with a built-in camera to inspect the inside of the intestinal tract.

“A large part of gastroenterology,” says Dr. Matt Cooley, “Is centered around prevention. Screening colonoscopy has led to a significant decline in colon cancers and allows for treatment of pre-cancerous polyps before they become something more concerning.”

The American Cancer Society recommends scheduling regular screenings with a gastroenterologist for a colonoscopy every 10 years once you reach the age of 45. Depending on your family history, you may need to schedule sooner. Consult with your family doctor about the best timing for you.

Need to schedule an appointment? Call us today!