You are here: Home > Artisan Collection

The Artisan Collection at Community Hospitals and Wellness Centers (CHWC) was founded in 2009, and is now made up of over 300 pieces of artwork created entirely by local artists. The artwork displayed at CHWC is made up of paintings, photography, ceramics, sculptures and other media. Artwork is purchased for the collection through allocated donations; artists are never asked to donate their pieces.

Here is a look at just a few beautiful pieces in the CHWC Artisan Collection: 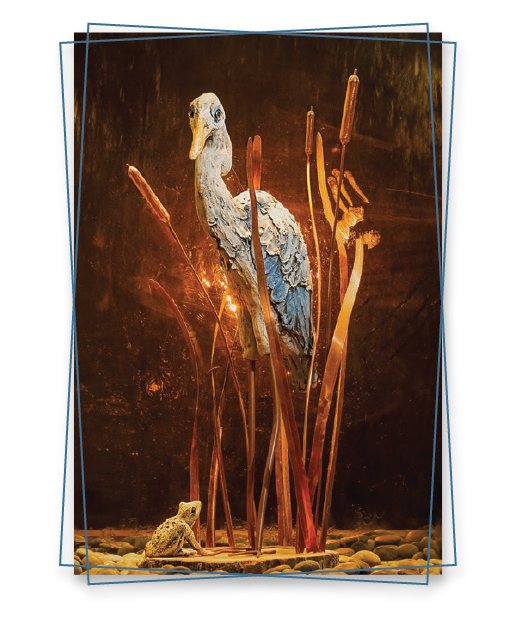 Jenny’s home is near a swamp and she often sees herons and frogs around her property. She was inspired by the duality of their lives and the different struggles they face. Back in 2010, CHWC purchased a beautiful painting, “Rose & Peony” from Jenny, and this 2018 purchase shows how much her work has evolved!

Doug takes his inspirations from what he sees in everyday life, deliberately distorting the perspective to enhance shape and composition. This is the fourth piece created by Doug that has been acquired for the Artisan Collection, and the first to be placed at Montpelier Hospital. 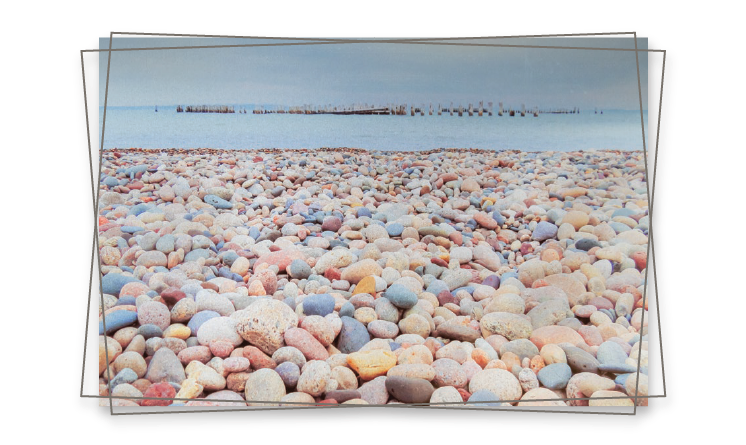 Natalie took this photograph while visiting the Great Lakes Shipwreck Museum at Whitefish Point, Michigan. Just 17 miles from Whitefish Point, the SS Edmund Fitzgerald lies at rest after going down in the midst of a severe storm on Lake Superior in 1975. 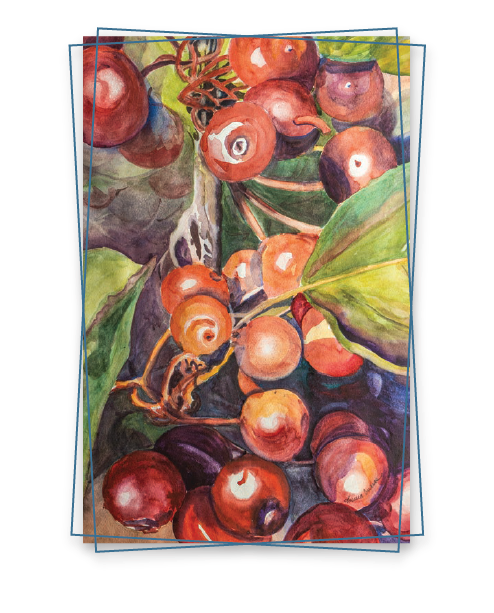 Donna and her family were fixtures in Bryan and Williams County for many years—her husband Norm was a long-time dentist with Bryan Dental Group and Donna an imaginative artist. Donna executed this piece en plein air (in the open air) during a particularly balmy winter day. The painting won the jurors award at a competition held at Capital University in Columbus. 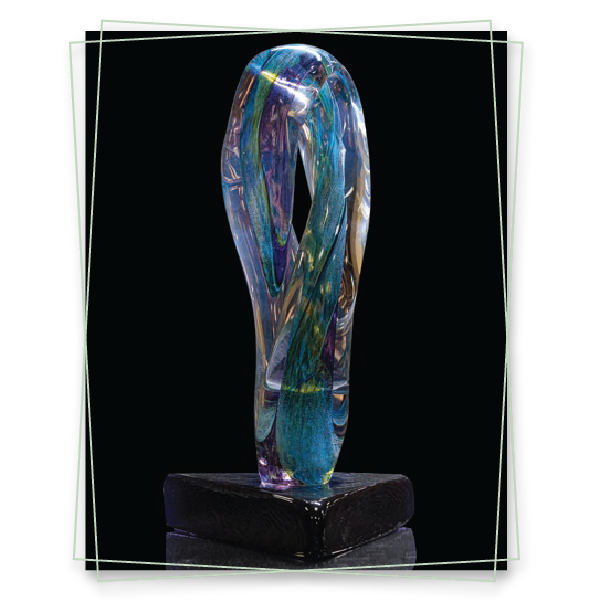 This sculpture in multicolored glass brings across a sense of softness, motion and the constant mixing of colors in a material that is very hard. Michele and her husband, Bill, own a glass studio Glass Pieces in West Unity, where they offer classes and instruction in glass blowing. 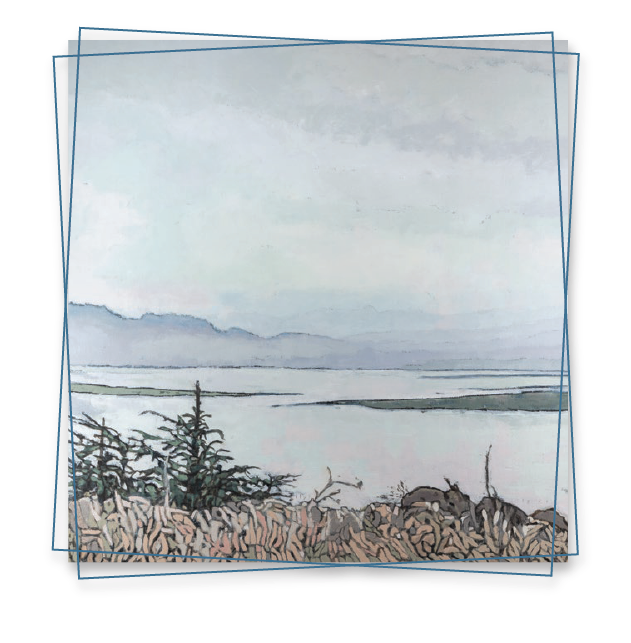 Brenda’s reference photo for this painting was taken while driving along Netarts Bay on the Oregon coast. In her artwork, Brenda captures some of the reality of a scene while exploring simplification and degrees of abstraction. This is the seventh piece of Brenda’s in the CHWC Artisan Collection. 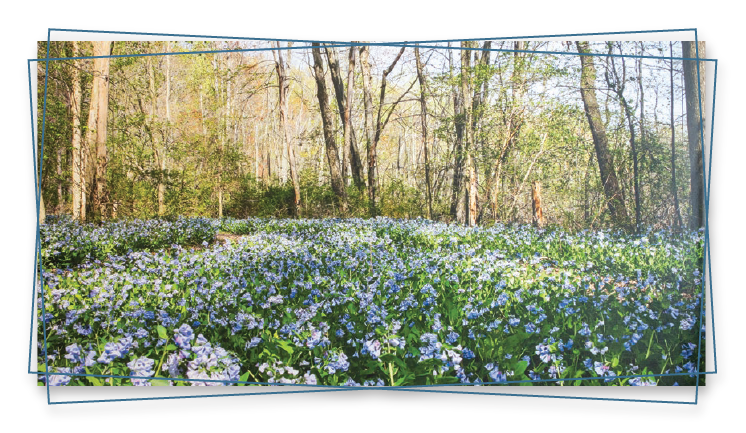 Bob has developed a craft in digital photography that can be transitioned to canvas. He is well-known within the Artisan Collection, and focuses on the natural landscape of the tri-state area. Bob grew up in Montpelier and now makes his home and studio near Clear Lake, Indiana. 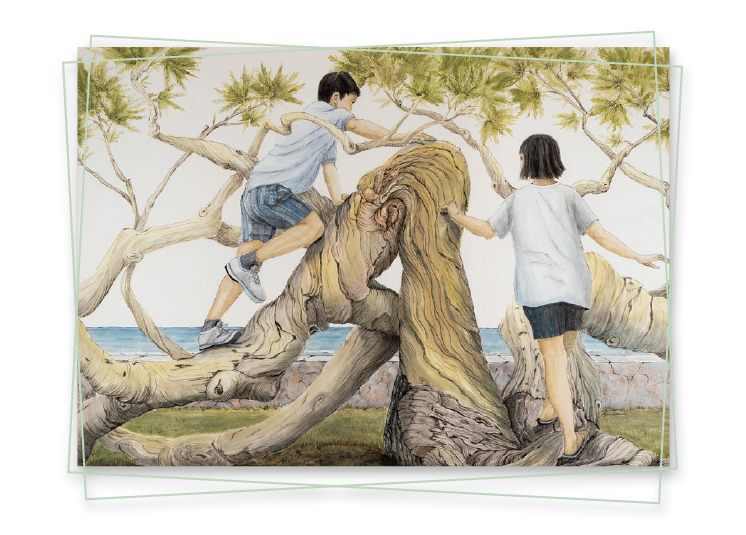 Two of Lois’s works were acquired in the inaugural purchase for the Artisan Collection in the fall of 2009, and this piece marks the fourth of hers to be featured at CHWC. The purchase was authorized by the CHWC Board of Directors to honor Dr. Roger Saneholtz, OD, of Montpelier, a longtime community leader for Montpelier who served on the CHWC Board of Directors for nine years.